Who are Public Markets for?

For 6,000 years, Public Markets have succeeded spectacularly because they embrace a common ground that intentionally served and welcomed people of all income groups, races, ages, sexes, etc. In the past few years however, there has emerged a potentially damaging trend relating to the audiences that Public Markets target.

One might question why these kinds of “Public Markets’ are deserving of public funding when private corporations like Whole Foods have a similar product mix and similar prices without public subsidy or a “public” moniker.

Indeed, one of the only new “Public” Markets that has failed in the last 50 years is the Portland (Maine) Public Market which opened in 1995 with 100% grant funding from a single donor. In one of the articles explaining the Market’s demise (see http://www.chowhound.com/post/portland-public-market-closing-era-164135), one of many commenters emphasized the Market’s principle appeal to tourists and exclusively upscale shoppers. He noted “speaking as Mr. Average Shopper – I just don’t need that much exotic game sausage or Made in Maine stone ground mustard.”

Public Markets succeed because of their broad appeal to a diverse population and their ability to both meet the everyday fresh-food shopping needs of their customers, and create a vibrant and safe social space that conveys a sense of excitement and vitality.

Public Markets tend to be beloved by their customers.

The design of privately developed Public Markets are often much “colder”, more like a suburban, upscale supermarket, with lots more polished chrome than their humbler but more beloved and “warmer” brethren.

Properly planned Public Markets, while needing capital support, should not need ongoing operating support once they are fully occupied. However, when the sole “driver” of private “Public” Markets, is to generate profits rather than to fulfill a broad array of public purposes, community benefits are typically omitted.

Many privately run “Public” Markets have experienced economic difficulties. Several, like Manhattan’s Chelsea Market and California’s Emeryville Public Market, have abandoned their commitment to one of the bedrock rules that has historically defined Public Markets – a focus on fresh food, sold by owner-operated, locally owned small businesses, rather than chain stores and franchises – in the attempt to maximize profits rather than public benefits. 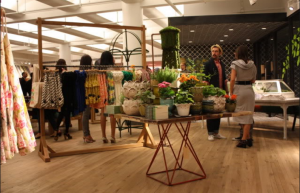 Privately owned “Public” Markets can certainly be successful if their primary purpose is to generate public support, attract lots of customers to a larger development and increase nearby property values, rather than to be a ‘cash cow’ in itself. Otherwise, private ‘Public’ Markets are likely to go the way of many homogenously upscale, “Festival” Markets, which mostly went bankrupt and disappeared from the urban fabric in the 1980’s after receiving tens of millions in public subsidies. (See: ‘After the Festival is Over’, an article in “Governing” magazine documenting the demise of dozens of Festival Markets).

Public Markets will succeed whether developed and managed by public, private, or non-profit entities, if they are fine tuned to their individual locale, meet a variety of local public goals, and, if they are intentionally diverse, vibrant, safe, and exciting. Success will come if they carry a product mix that reflects the best of local culture and products while meeting the everyday shopping needs of their customers.